Order this novel (TSVS-4A) as either:

JT turned on the intercom and said, "Attention, this is the captain.  Cmdrs Morton, Munde and Gilbert along with Marine Capt Puller and GySgt Bradshaw are to report to the wardroom on the double."  JT had brought the sealed orders with him and in a few minutes everyone was there and JT handed the orders to Capt Puller who had the only key to open the metal case.  As he took out the orders JT said, "Capt Puller, I take it from our previous conversation you have not seen these orders?"

"That is correct sir," Puller responded.

Then JT took several minutes and quickly, but quietly read the orders.  He was as surprised as any commander could be with what he held in his hand.  While he read the orders everyone sitting there could see what looked to be an expression of surprise 'written' all over his face.  Once finished, he stood and for about 15 seconds he didn't say anything.  Once again he asked, "Capt Puller you sure you haven't seen these orders?"

Puller answered, "Positive sir, I have not and have no firm idea what they might contain.  I've got what I think might be a few sound ideas what's in them,  but nothing definite," he replied.

JT said, ""Well first let me tell all of you ever since Cmdr Morton and I first read our operational orders I have not felt good about this mission..."

"Before I couldn't tell you why I felt this way, but now I can honestly say I have a real bad feeling about this mission."  As he stood there he waved the written orders in the air and said, "As I was reading these orders from command the hair on the back of my neck stood up.  I have to say I've never seen orders like these in my life.  I have a gut feeling we are headed into something totally foreign to our way of thinking, and now that I've prefaced these orders for you, let me read them..." 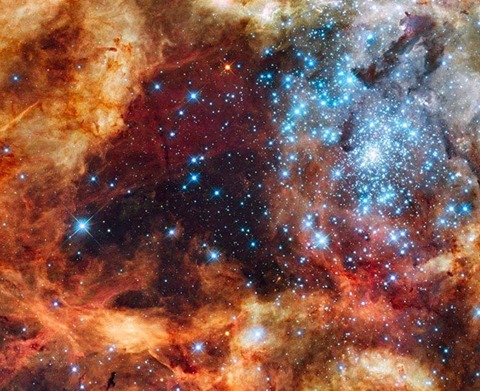 WHILE TRAVELING THROUGH THE EQ, CAPT JT BUCKTON AND HIS CREW ABOARD THE NOW FAMOUS WARSHIP PEGASUS AND COME FACE TO FACE WITH A SPECIES THEY COME TO KNOW AS THE TRANSLUTENS.  THE TRANSLUTENS GET THEIR NAME BECAUSE THEY HAIL FROM THE PLANETS TRANSCIA AND LUTENS AND THESE SEMI-DIAPHANOUS CREATURES ARE WITHOUT A DOUBT THE MOST CUNNING, EVIL, TREACHEROUS AND VILE BEINGS ANY MEMBER OF THE ALLIANCE OF PLANETS HAS EVER CONFRONTED.  THEY ARE INTELLIGENT BEINGS, BUT INSTEAD OF USING THEIR INTELLIGENCE FOR GOOD, I.E. IMPROVING THEIR SOCIETY THOUGH SCIENCE; THEY BECAME EVIL AND USE EVERY DEVILISH WAY POSSIBLE TO STEAL TECHNOLOGY BY RAIDING ANY SHIP ATTEMPTING TO PASS THROUGH THEIR SPACE.

WHILE IN THE MIDDLE OF A PARTICULARLY VICIOUS SPACE BATTLE AGAINST SEVERAL TRANSLUTEN WARSHIPS, DOZENS UPON DOZENS OF TRANSLUTEN SOLDIERS SOMEHOW MANAGE TO TRANSPORT THROUGH PEGASUS'  PROTECTIVE SHIELDS AND FORCE FIELDS, AS IF THEY DON'T EXIST, ONTO MULTIPLE DECKS OF THE BIG SHIP.  SOON BATTLE AFTER BATTLE BREAKS OUT AS THE TRANSLUTENS ATTACK AND KILL SCORES OF CREWMEMBERS, LEAVING BODIES EVERYWHERE THEY GO.  WITH INVISIBILITY THEIR KEY ALLY, DESTRUCTION, MAYHEM AND DEATH FOLLOW THEIR EVERY MOVE.

THE FIGHT ON BOARD THE ALLIANCE'S PRIZE WARSHIP'S DECKS AS WELL AS THE FIGHT IN SPACE IS UNBELIEVABLY FURIOUS AND VERY DEADLY.  BOTH SIDES SUFFER MANY CASUALTIES.  INEVITABLY A BATTLE OF WITS ENSUES WITH THE WINNER ABLE TO CLAIM THE GRAND PRIZE, WHICH JUST HAPPENS TO BE THE UNIQUE AND POWERFUL WARSHIP PEGASUS.