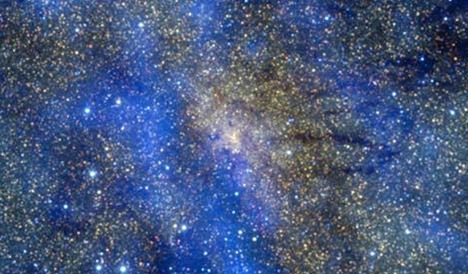 The bridge crew watched as the Linitron Beam weapon their ship just fired at the enemy Perseton battlestar began its lightning fast expansion and destruction process.  As the efficient and brutally sinister beam expanded and engulfed the battlestar it 'melted and devoured' everything it touched.  The powerful beam doubled its size and power every tenth of a second and with that its intensity and power increased exponentially.  Its appetite for the enemy warship and everything inside grew proportionally.  It was like a giant space monster devouring everything its path.  There was no way to stop the hungry, terrifying 'monster' and in less than a second the enemy warship was no more, it had disintegrated.

As the Perseton command ship disintegrated, 4 photonic torpexes struck each of the other two battlestars and rendered them just as defenseless as the first.  Those ships had also been caught off guard by the sudden totally unexpected arrival of Pegasus and neither had a chance to react.  First came the penetrator beam weapon and then the photonic torpexes.

Death came very fast this day for those on board those three Perseton battlestars.  The enemy warships never knew what this new destructive power was or how it could have so savagely ravaged their mighty battlestars.

In Fleet Command's Enigma Shipyou'll discover this is a continuing saga of the starship Pegasus and her crew led by the multi-talented Capt Jonathan Thomas "JT" Buckton.  Even though for many years most of the senior staff at headquarters don't really appreciate him, there is one senior officer who understands exactly who JT Buckton is.  To this one officer he isn't the enigma others think he is, but it is true his warship is that and more.

In this first novel, Capt Buckton commands Pegasus DSC-01, and he proves to many of the headquarters staff he is unquestionably the Alliance of Planets most intelligent and capable captain.  His leadership and tactical abilities are shown to be far more effective than anticipated and time after time he succeeds in battle.  When Capt Buckton is chosen to command Pegasus DSC-01, a lot of people were surprised because he wasn't the most senior candidate for the job.  Its just that key headquarters staff officers thought he was the best choice and once they gave him their approval they even let him pick his own command staff.

Along with meeting the main characters you'll find out how Pegasus was conceived and constructed.  She's packed with the latest in weaponry, protective shielding and screens, and the finest computer systems ever devised.  Her  propulsion system is actually three systems, two of the older style ones used on all other fleet warships and then the  revolutionary new third one, which JT Buckton many years earlier helped create.  There are so many new features on this ship it is truly revolutionary to space travel.

When Pegasus goes out for her trials she is put thru the ringer and she shines.  However, in this ever evolving space saga things don't always go as we expect, especially when a notorious and dreaded enemy invades Alliance space.  Pegasus and her crew become involved and she's not even done with her shakedown tests to see if she's fit for fleet duty.  You'll have to read the book to find out how treacherous the events in this novel turn out to be.

Remember, the Grim Reaper is out there, ever vigilant and waiting!

Order this novel (TSVS-1A) as either: 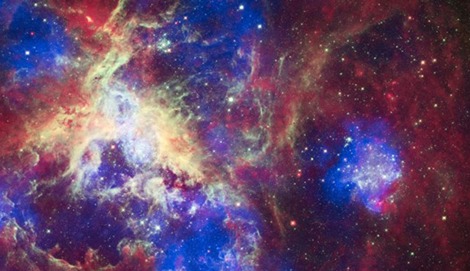 FLEET COMMAND'S ENIGMA SHIP IS THE PILOT NOVEL OF AN EXCITING, ACTION-PACKED SPACE ADVENTURE SERIES.  THIS VERY COMPELLING, FUTURISTIC SERIES REVOLVES AROUND A REVOLUTIONARY NEW SPACESHIP, ITS CREW AND THEIR EXTRAORDINARY ADVENTURES.  CAPT JONATHAN THOMAS 'JT' BUCKTON ADDS REALISM TO THIS SERIES BECAUSE HE IS ABLE TO GET THE BEST OUT OF HIS AMAZING STAFF.  LET YOUR IMAGINATION TAKE OVER AND YOU'LL FANCY YOURSELF PART OF PEGASUS' CREW.  YOUR MIND'S EYE WILL SET YOU FREE AND YOU'LL FIND YOURSELF BEING WISKED TOWARD DISTANT STAR SYSTEMS AND INTERACTiNG WITH UNTOLD NUMBERS OF ALIEN BEINGS, SOME PEACEFUL, SOME NOT.  AS YOU HEAD INTO THE GREAT UNKNOWN, LET PEGASUS AND HER BRILLIANT CAPTAIN TAKE YOU ON THE SPINE TINGLING ADVENTURE YOU'VE ALWAYS CRAVED.  JUST REMEMBER, OUT THERE HONOR AND GLORY AWAIT THOSE THAT ARE PREPARED, BUT THE GRIM REAPER ALWAYS CALLS ON THE UNSUSPECTING.