There are several things in my life for which I'm thankful.  In order they are:

1.  My LORD and SAVIOR Jesus Christ and HIS Holy Scriptures

2.  For God allowing me to be born and raised in the United States

4.  For my two daughters and grandchildren

5.  For the decently good health the ALMIGHTY has blessed me with

6.  For earning the title of United States Marine and surviving 21 months of             combat in S. Vietnam and coming home relatively unscathed 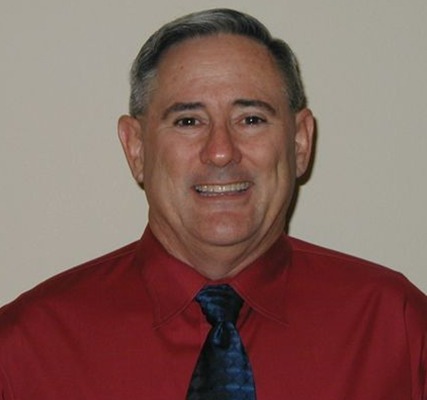 First of all there are a couple of things I simply must point out.   The colors on this page are either Scarlet and Gold to represent the U.S. Marine Corps, or they are Crimson and White to represent the University of Alabama.  As you can see above I am a U.S. Marine, a  Vietnam War combat veteran, and glad I am.  I am also an Alabama Crimson Tide, 'Roll Tide' ,'Bama' man to the core.

Anyone who doesn't realize it, these two great 'organizations' go together.  Why?  It is really simple; both have the charge ahead, go get'em, never quit, never say die, fight to the end mentality.  That describes me to a 'T' - very bull headed!

I was born in Atlanta, Georgia in August, 1947, lived in the Atlanta/Marietta area for a couple years before my parents moved us to Huntsville, Alabama.  My dad worked for an engineering firm that contracted to the Redstone Arsenal in the space industry's early years.  That's when I became a Bama fan, so I've been one for many, many years.  Because of my dad's job I was fortunate to see a lot of things that obviously influenced my mentality, education and career path.  That's one reason I became a U.S. Marine and volunteered for duty in S. Vietnam twice.  Fortunately I wasn't physically too battle scarred, but mentally my wife will tell you that's a different story!

I've been married to the same wonderful woman for over 45 years now and I tell everyone I married way up and she married really down low!  We have two daughters and two terrific grandchildren and all of us live here in the Central Florida / the Orlando area.  Florida is okay, but honestly I long for the mountains and rugged beauty of Wyoming.  To me that's God's country!

I am a retired Florida State Trooper and have been for 2 years now.  I enjoyed my job and did so for many years simply because I got to not only enforce the laws of Florida, but the United States as well.  I worked with some really great men and women, however, one of the best parts of my job was to having any qualms about putting bad guys & gals in jail for his/her crime(s).

As I previously mentioned, I am an Alabama fan, so whenever I can, I watch their games.  As for my other pastimes I enjoy playing golf (even though I'm not very good).  I watch both the LPGA and PGA on the Golf Channel, along with the American Heroes Channel, the Military History Channel, the Science Channel, the History Channel and the Travel Channel.  I also like to watch accurately portrayed documentaries, but one thing I don't do is watch any primetime major channels simply because I consider it nothing but useless drivel.  I love watching action-packed adventure and sci-fi movies and space movies.  Even though both series are great, I like the Star Trek movies more than the Star Wars movies probably because to me they seem more plausible.  I also love war movies even though I have a hard time watching Vietnam War movies, mostly because other than Platoon, which to me was only fair, none of them are anywhere close to what the war was really like.  When it comes to TV, I think my favorite show of all time has to be Stargate - SG1.  I liked it so much I bought the entire series.  I think it was the best show ever.  It narrowly edged out Rod Serling's Twilight Zone, which was a real classic.  Oh yeah, I almost forgot, I like writing space sci-fi novels too!

​I prefer older style Christian hymns as well as Light Classical music.  At times I listen to Easy Listening, Oldie Goldies (50's up through the early to mid 70's), some 30's and 40's Big Band, a little Light Jazz and a touch of today's County music.  I do not listen to any HARD ROCK, RAGGAE  and especially this RAP crap, simply because that stuff isn't music, it mindless foul-mouthed ranting, raving as well as unbelievable condemnation of women, which undermines our great society.  Does our society have problems?  Of course we do, but there's no better place in this world to live than in the good ole U.S.A.

I really don't have a favorite author or book, but my five favorite authors are W.E.B. Griffin, the late Tom Clancey, John Grisham, J.R.R. Tolkien and J.K. Rowling.  I like them the most because they write a lot of military based and/or spy novels, as well as some spell binding fantasy novels that are packed full of action, intrigue and suspense.​